OnlineFishing.tv was there to capture the mood at the biggest match of the year, in any fishing discipline, for the first of its new ‘Sea Watch UK’ series due for broadcast in April. This will be the only TV series aimed exclusively at the UK’s sea angling community.

Total prize money of £25,000 attracted in excess of 200 anglers more than last year, from as far afield as Holland and Belgium, to compete in a number of different categories.

The huge event was fished over a 40-mile stretch of coastline from Bridlington down to Spurn Point on the Holderness coast, with the winning cod of 6.71kg falling to the rod of Norfolk angler Dave Richardson.

Hilda Weesenbeek made the trip from Belgium worthwhile by taking the Ladies category with a cod of 1.695kg, while the team event was won by Julian Shambrook, Shane Russell, Keith Lamming and Keith Weatherstone. Alix Lyle from Oswestry took the Junior category title. Organisers are confident that the 2010 event will attract an even bigger field and be held sometime in February.

The dates are chosen to coincide with small, rising neap tides and this year, most of the competitors ‘in the know’ headed for the beaches south of Withernsea. As you would expect, it was peggy, but dabs, whiting, cod, thornbacks, flounder and even a lumpsucker were all caught.

Sea Watch UK presenter for OnlineFishing.tv, Andy Ford said;-
“It was quite a challenge to cover an event spread out over 40 miles of coastline, but I think we got a real feel for what the European Open is all about. We captured some great action and interviews with anglers on the beach, including the 24-7 crew who travelled all the way from the South West, but only caught one fish between them!”

The European Open is supported by Total Sea Fishing magazine and Editor Barney Wright will be showing how to tie the ‘Portsmouth’ rig he used in the match on the event film for www.onlinefishing.tv.

Barney said:-
“The event was brilliantly run and goes from strength to strength every year and it was great to meet so many of the competitors. The beauty of a match like this is that it is decided by one fish, everyone is in with a chance of winning. It was good to see the OnlineFishing.tv cameras there; not only to give the European Open extra kudos, but also so that other anglers can get a flavour for the event online. I am sure this will encourage more anglers to give it a go next year.”

Highlights and interviews from the Open European Beach Championship are due for broadcast on Sea Watch UK in April, exclusively on www.onlinefishing.tv. 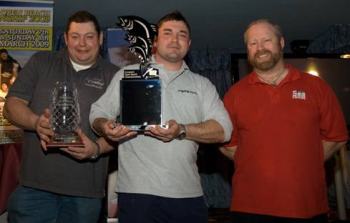 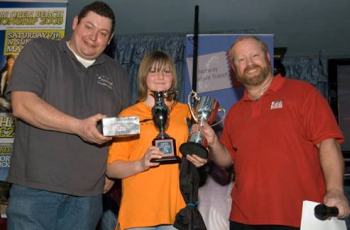