The Marine Conservation Society (MCS) today reports that beach litter on UK beaches has increased by 90.3% since 1994.  The annual Beachwatch litter survey and clean up organised by MCS, has recorded increasingly high litter levels, from 1,045 items per kilometre in 1994 to 1,988.7 items of litter per kilometre in 2006 – an average of nearly two items for every metre stretch of beach!

Sadly, individual people are the biggest culprit, responsible for over a third of the litter and many of the top ten items.  Cotton bud sticks, the second most common item, are likely to have been flushed down the toilet, whilst crisp and sweet wrappers rank fourth, reflecting our careless attitude to packaging.  Cigarette stubs have also increased steadily since 1994 and are now the eighth most common item, with the potential to climb even higher as smoking moves outdoors. MCS is calling for a UK wide environmental education campaign to change people’s litter dropping and flushing habits.

The MCS Beachwatch 2006 report also shows that levels of sewage related debris are still unacceptably high, with Scotland having the highest levels. Sewage related debris or sanitary waste is made up of tampons, panty liners and condoms, however cotton bud sticks are the biggest culprits making up 84%.

Emma Snowden, MCS Litter Projects Coordinator says “ Cotton bud sticks and other sewage related debris on our beaches are not just unsightly to look at, but the majority of these products are made of plastic which persist in the marine environment for many years. This should be such an easy environmental issue to resolve and yet the message is still not getting across – everyone must take responsibility to Bag it and Bin it – NEVER flush it”.

Litter has increased by 90.3% in the last twelve years from plastic pieces to cotton bud sticks and crisp packets to cigarette stubs, these items are an all too persistent and common form of pollution in the marine and coastal environment, causing damage and harm to wildlife and human interests.

Emma Snowden, MCS Litter Projects Coordinator continued: “Cigarette butts were not amongst the top twenty items back in 1994 however they are now the eighth most common item on UK beaches and with the smoking regulations coming into force, this problem is likely to increase further. Everyone needs to be aware that dropping cigarette stubs is an act of littering and is illegal and you can be fined anywhere from £50 to £80. People’s habits must change, and it is up to everyone to act responsibly by not dropping litter in the first place.”

Beachwatch is the flagship event of the Marine Conservation Society’s Adopt-a-Beach project, which encourages volunteers to clean and survey their local beach on a regular basis to identify the sources of litter.  Adopt-a-Beach continues to be funded by The Crown Estate’s Marine Stewardship Fund and by The Dulverton Trust. The Marine Conservation Society works in cooperation with the Project AWARE Foundation to organise underwater cleanup events. The data from Beachwatch surveys also contributes to the International Coastal Cleanup, involving 74 countries worldwide, organised by the Ocean Conservancy in the United States. 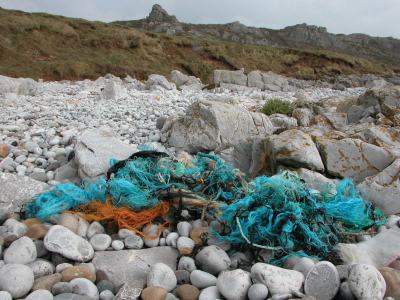 MCS would like to thank all of the volunteers that participated in Beachwatch 2006, without whose hard work and dedication the Beachwatch survey would not be possible.