The British Record (rod-caught) Fish Committee (BRFC) is pleased to announce the formal acceptance of a Whiting (Merlangius merlangus) weighing 7lb 6oz caught by Mr Mark Curtis off Plymouth on 23rd February 2012, as the new boat-caught record for the species.

The claim paperwork was approved at the meeting of the BRFC in December 2012, but confirmation of identification was postponed pending examination of the body of the fish by the committee’s Scientific Advisor. This has now taken place and the fish has been positively identified as a Whiting.

Mr Curtis has kindly donated the fish to the Natural History Museum, where it will form part of the national collection. 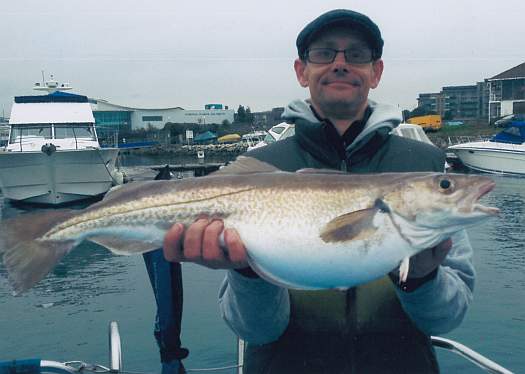