Hi, we are Sue and Jeri Drake, and we have both been sea anglers for a number of years – so to some of you we may seem quite ‘old’. It doesn’t matter how old or young you are to be able to enjoy sea angling, and it is the pleasure of being able to catch fish, and good ones at that, that makes it all the more worthwhile having stood out on that cold, windy, rain swept beach, or sitting on that rocking and rolling boat, with the wind howling through your hat round your ears, that when that line starts to race off your reel, all discomfort is forgotten. It is now you against that fish!

‘That fish’, the one swimming round, sniffing our bait, is there today, but what is going to happen, if there should be no more fish left in the sea for us to catch. How are we, us old ones or your young ones, going to make any difference to our fish stocks over the coming years?

There is one very good way of being able to achieve this, and we are sure that you have heard the same old thing time and time again. CONSERVATION. There really is little point, in going out fishing, and bringing home every last fish that you catch, because you have caught it. What are you going to do with it when you get it home? There’s not really a lot you can do with Pout and Doggies, unless you have a Mum or Dad (or other relatives who like to eat them, and are you going to skin those Doggies for them?) or perhaps an obliging cat or dog. No, it is much better to catch your fish and make a decision there and then as to whether you really want to keep it. Ask yourself ‘What am I going to do with this fish if I take it home.’ If you are sure that it will be used, then there is no problem, but if you hesitate, and are not sure, is it not better to put that fish back, so it can grow and breed and then there will be more fish for you to catch later on.

Here’s a story for you (and we apologise to all you older Junior Anglers – who think we are down talking – but we are having to try and find a happy medium here). We have a nephew called George Drake (for those who may ask yes Jeri is by following his family tree related to that wonderful Pirate Sir Francis Drake, so perhaps you can see where we get our interest in the sea from). We ourselves are not Pirates but just small boat anglers.

George’s 7th birthday George was dying to go fishing, not with his Mum or Dad or out on a charter boat again (he only tried it once and was sea sick), but to go out on Uncle Jeri’s boat, which at the time was called Tetsuku. (Before you ask that means ‘Lady of Steel’ – when translated from Japanese). Tetsi, as she was affectionately called, was a 16ft Orkney Strikeliner. It was May time and we decided to take George to Hayling Island so we could go and fish Boulder Bank, which at this time of the year has a nice showing of Black Bream, ranging in size from abut 1lb up to some real beauties of 4lb. Off we set, first meandering our way across Hayling Bay and through a large shoal of ‘Schoolie Bass’. George had never seen a Bass before (of any size) and we duly gave him a light rod and reel with a small slither of squid and freelined this. One small Bass, which was duly photographed and returned. All the time we had the Gulls diving and bombing around us taking the small fry which the Bass were pushing up to the surface. Out onto the Bank, and before setting anchor a small drift along the back of the Bank and picking up a nice Mackerel, which we could use for bait later, a Pollack, which was quite small, which went back. Now we put the hook in, and set about fishing. From 10a.m. to 2 p.m. we had some 40 Black Bream through the boat. Of these we kept 8, and they were all over 2.5lb in weight, with the largest being 4lb. Why so few kept, well, George decided that a 1lb fish was too small, and obviously was not old enough to have had any ‘small ones yet’ and the ones over 2lb were a good size to keep, and will probably have bred. Also he knew that of the 8 fish we kept, he would be able to eat 4 (with the help of his Mum and Dad).

Everytime he put back a fish, he was telling them to go away and be around for when he returned next year. Also, George managed to catch some nice Ballan Wrasse, which were obviously female, as when he brought them into the boat they started to eject their eggs into his hand. He had never seen this, and when he found out what was happening the fish, and all the discharged eggs were returned to the sea as quickly as possible, again with instructions, to go away, grow up, and be around for me the next time I come fishing. All the time, George was weighing up the pros and cons of keeping the fish that he was catching, and in his own way, trying to ensure that there would be fish for him to catch again. At 2pm he was so tired we had to up anchor and decided to find a less fishy spot to give him a rest. We drifted an area called ‘The Hounds’ and managed to catch one Lesser Spotted Dogfish, which as you know is a member of the Shark family. This was duly inspected and returned, along with a very small 16″ Tope. So, two sharks on his first outing!! Our day came to an end at about 5pm and we retrieved the boat, unpacked it and set off home. It was quite apparent throughout our day that conserving our fish stocks was uppermost in George’s mind, as he was sure that if he kept too many fish then there would be none left for him to catch the next year. This may seem like a childish and selfish attitude, in that he was only thinking of himself, which is probably true, but by doing this he was also indirectly thinking of all other anglers and ensuring that those fish were released and available to be caught again, and then it would be up to them whether they kept the fish or not. Very briefly, another reason that fish stocks should be conserved, is that some species, take a very long time to reach maturing, and be able to reproduce their own kind.

The type of fishing that Jeri and I like most of all is to go Shark fishing. This we have been doing for the last 11 years plus, and again from our own boat. We have a new one now, which is called Dentuso (means Mako in Caribbean Spanish) and is an Orkney 590TT and is 19ft long. 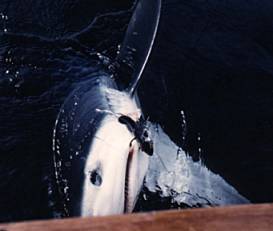 Back to sharks. The shark that we are most interested in is the Blue Shark, and this particular species, because of its long pectoral fins, glides along the ocean currents. A very graceful and beautiful fish. Now a very brief potted history. One baby Blue Shark is born, – it is a female, she is 5 years old before she is able to reproduce her own kind. She does not in fact have any pups until she is 7 years old and then has pups every other year. She has a life expectancy of some 20 years. Now most of the Blue Sharks which swim around the southern coast of the United Kingdom are females – and they are what is known as juveniles i.e. under the age of 5 years. An angler goes shark fishing, catches this beautiful Blue Shark, and decides that he/she wants to kill her which he does. He wants the photograph of the dead shark (the epitome of Jaws) hung up at the quayside with him/her standing beside it. The angler has no use for the dead Blue Shark and it is then taken out to see and dumped. What is the effect of having taken this one juvenile female Blue Shark out of the total population. A mathematical calculation for you. She will produce her first pups at the age of 7, say 20. She will then produce pups every other year thereafter until she attains the age of 20 years which is her total life expectancy, increasing in number each breeding season up to a maximum of 40. Her daughters and granddaughters, will also produce say 20 pups on attaining the age of 7 years and live until they are 20. This equates to some 2270 Blue Sharks being taken out of the total population, through the death of one juvenile female Blue Shark. Was it worth it? Kill one and lose the stock benefit of 2270 fine fighting fish!

Fishing is great fun, but if we don’t think about whether we really need to keep the fish we catch, and whether we can use them, and kill everything, then very soon, our fish stocks will decline and then there will be no fish left for anyone! This is something that we should give very serious consideration to when, especially as most, if not all of our fish stocks are now under extreme pressure from commercial enterprises.

If you want to know more about conservation, especially about sharks, skates and rays, then visit our web page at: http://www.sue-jeri.demon.co.uk 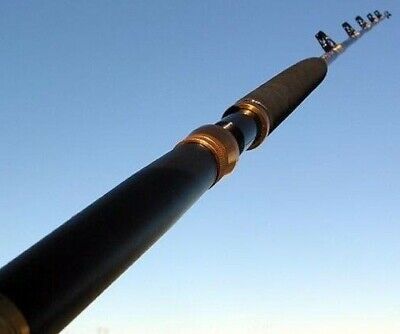 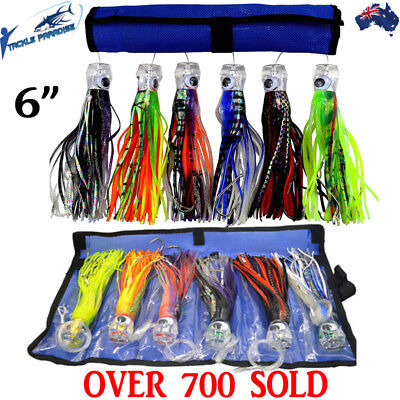 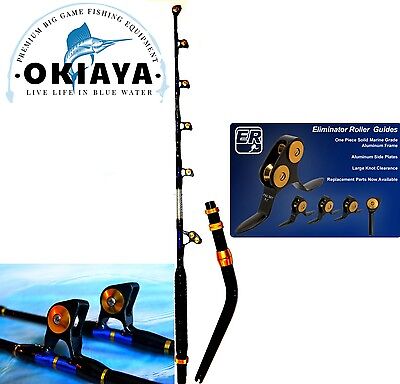 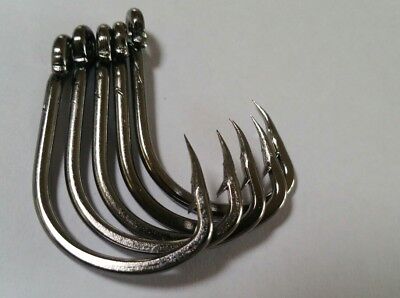 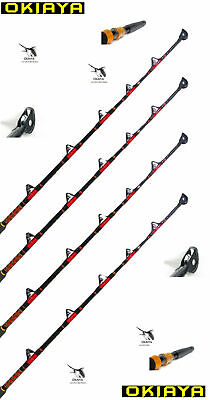 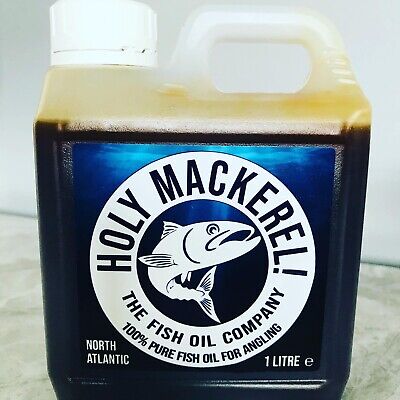 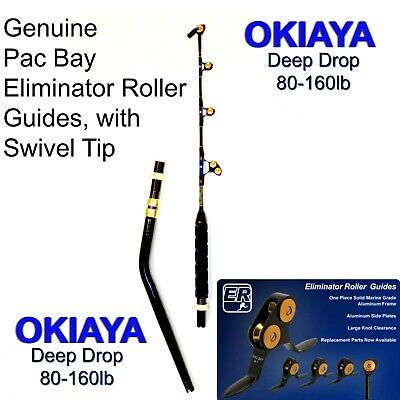 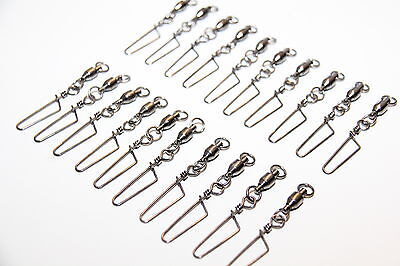 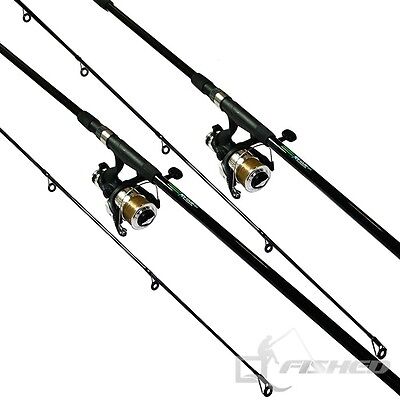