Look along any beach that is being fished, especially at night, and itâ€™s evident that flotation suits have become the norm for sea anglers to wear. Not only do they provide the added safety assurance that youâ€™ll float if you go in, but they also protect against the elements and are designed with the sea in mind. Many lesser garments wouldnâ€™t last too long with a combination of salt water and rugged use!

Fladen are well known among sea anglers. In general, they produce rugged, hard-working tackle that lives up to the job it is sold for. As anglers, thatâ€™s all we ask for. I was pleased, then, when a few people suggested Fladen as a good source when I needed a new flotation suit. My old one had served me well, but was in danger of getting up and walking off of its own accord. Iâ€™d let it get into a bit of a state! 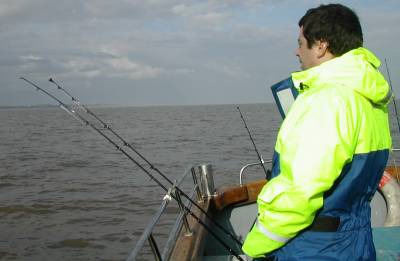 Whether you go for the one piece or two piece suits is a matter of personal preference. At the time of choosing, I had the beach in mind and I have always used one-piece suits before, so thatâ€™s what I plumped for. Having been out on boats recently, I can also see the benefits of two-piece suits.

Considering the price, I was amazed when The Fladen Rescue System 845 arrived and I could actually see, â€˜in the fleshâ€™, what you get for your money. Perceived value was immense!

Iâ€™d already read the TackleBargains website and looked at the specification guide. The Fladen Rescue System suits exceed the EN 393 standards by a country mile. That, in itself, is very assuring. Often, when an item is relatively cheap, one can harbour doubts about the quality. With what is, essentially, a piece of equipment that could save your life, you donâ€™t want doubts like that! If itâ€™s safety youâ€™re seeking in a flotation suit, buy this one in confidence.

At the time of writing, TackleBargains only supply the Blue/Yellow version. This suited me, as thatâ€™s the one I wanted! Fishing for cod isnâ€™t like stalking carp in the margins of a lake, so high-visibility is just whatâ€™s needed in a suit designed for sea use.

The suit itself is extremely warm. For beach fishing, this is the main reason I like flotation suits. They are so well insulated and cope with any weather the UK can throw at us. There are various straps and buckles that can be tightened to keep it even warmer but, to be honest, I havenâ€™t needed to play with them much. It really is that warm! With a stitched in belt, too, it really is just a case of opening it from the packaging it comes in and putting it on. The fleece-lined pockets are just a bonus.

This suit has also seen action on charter boat trips, as well as accompanying me on a RIB off the coast of Felixstowe this April (a life jacket was worn over it on that occasion, for added safety). It hasnâ€™t let me down and I see no reason why it should. 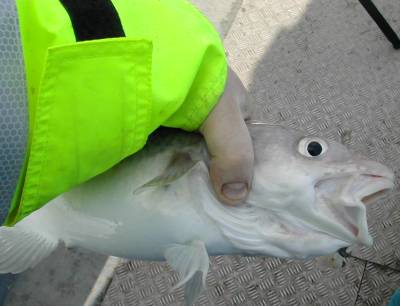 Itâ€™s important to point out that a flotation suit differs from a life jacket. A life jacket should turn you face-up if you fall into water and float. A floatation suit would not do this. At sea, particularly on smaller boats, it is important to make the right choice. A flotation suit is great if youâ€™re conscious, but not if youâ€™re not! From the beach, my own preference is a flotation suit. I also feel comfortable on larger boats with one. On smaller boats, a life jacket would be my only choice. Make your own decision and, if in any doubt, plump for the safer option.

If looked after, these Fladen Rescue System Flotation Suits should give years of use. At just Â£74.95 (even cheaper when on offer!), that represents extremely good value, which is what weâ€™ve come to expect from Fladen and TackleBargains. Click here to go straight to the correct page.