Consumer batteries manufacturer VARTA is celebrating after its Indestructible range of torches, launched in the UK at the end of 2011, won ‘best https://www.newyorkbanners.com/viagra-online/ product of the year’ at the international Plus-X Awards in Cologne.

The three Indestructible torches and beam lantern received seals of approval from the Plus-X judges for high quality, design and functionality. Built to survive a drop of up to nine metres and designed with a water resistant, shock absorbent, aluminium and titanium casing, the Indestructible range has proven popular with consumers leading active lifestyles or working outdoors.

So confident is VARTA in the Indestructible nature of its product that, between September and November 2012, consumers are being invited to submit videos of their own ‘toughness’ tests at:
www.built-to-survive.com.

The winning video will be picked by public vote in December 2012, with its director receiving a cash prize of €1,250. In addition, the people behind the top 20 videos will all receive VARTA Indestructible t-shirts.

VARTA’s mobile recharging device – the V-Man Zero – was also awarded ‘best product of the year’ in its category at the Plus-X Awards and received the seal of approval for ease of use. The portable power pack, which supplies energy to consumers on the go via micro USB, mini USB and Apple® charging connectors, was named best recharging device, as well as being commended in the small electronic appliances category.

The Plus-X Award is presented to manufacturers for creating high-quality products that are innovative and designed to stand the test of time. Prizes go to products that have the ‘plus X’ factor, i.e. which possess at least one unique feature that gives them the edge over their competitors. These special features can be in categories such as innovation, quality, design, ease of use, functionalism, ergonomic and environmental impact. VARTA products have been recognised by the international panel of Plus-X judges on five separate occasions in 2012, making it one of the most successful manufacturers to enter the awards. 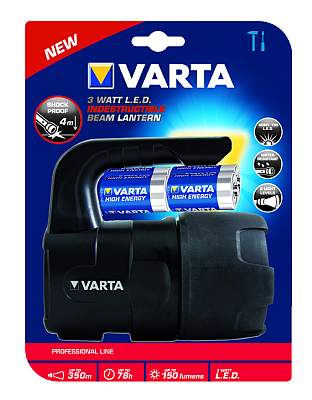