Mara Media are delighted to announce that the 2013 show will coincide with the Irish Speciman Fish Committee Awards Day,  which will be held at the Bewleys Airport Hotel, Dublin. on Sat 16th 2.30pm – 4.30pm

New to the show for 2013  special guest and sea angling expert Mike Thrussell, no stranger to Irish waters, Mike will be sharing his knowledge and  skill with demos and workshops. Mike is a freelance Angling Journalist , Product Design Consultant for Pure Fishing and contributor to worldseafishing.com, one of Europe’s largest and most popular sea angling websites. 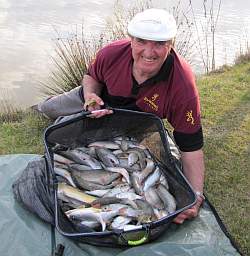 Bob Nudd MBE, another regular visitor to Irish waters , will be part of the show team for 2013.Bob is well known  as being one of the UK’s greatest anglers , with an extensive list of championship titles behind him .Bob is a familiar face on tv, with years of presenting on Discovery Shed .

Henry Gilbey is a fishing photographer, writer, TV presenter and consultant, but at heart he’s nothing more than an out and out fishing junkie with a very serious obsession with saltwater fishing in Ireland. Henry writes and photographs for fishing magazine all around the world, has presented four fishing TV series for the Discovery network and has just seen the launch of his third fishing book.

Returning for a third year will be the ever popular Hywel Morgan and his talented daughters Yasmin and Tanya. Hywel is a world fly casting champion and  has fished competatively around the world winning numerous titles. Hywel also a has an impressive background in TV fishing show.

Professional guide- fly casting instructor and angling writer Paddy Mc Donnell will be giving some talks at the show on Fly Fishing for Salmon.  The Mystique that is sometimes associated with fly fishing for salmon can be daunting, especially for beginners,so this format will cater for anglers of all levels of experience.

A host of well know angling experts will also be available with demos and presentations on every aspect of Angling, Sea, Game and Coarse.

Always a central feature at the Ireland Angling Show is our interactive Family area expertly managed by the very knowledgable Dublin Angling Initiative and their dedicated team. Children of all ages and experience can learn everything they need to know to take up fishing. Children can learn how to set up a fishing rod, tie a fishing knot, put bait on a hook. Many of Ireland’s most experienced and well known anglers will be present on the day and will be giving freely of their time, knowledge and expertise.

A huge selection of tackle and trade stands will offer products to suit every budget.

Mara Media would like to thank the angling community for their support throughout 2012 and their continued support in 2013. Mara Media endeavour to give  visitors a value for money, fun filled experience with entertainment and attractions for the whole family.

“SEE YOU IN SWORDS” 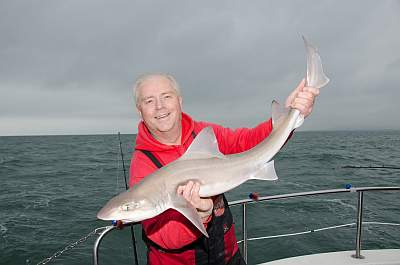