Jean-Claude Bel has been appointed as EFTTAâ€™s first ever full-time CEO.

EFTTA â€“ the European Fishing Tackle Trade Association â€“ is an organisation with over 200 members in Europe, representing the interests of tens of thousands of fishing tackle employees.

EFTTA also runs EFTTEX, the largest tackle trade show this side of the Atlantic.

Jean-Claude, who lives in Rennes, France, has held senior positions with some of Europe’s biggest tackle companies, including Rapala, Mepps, Mustad, Mitchell SA/Garcia Europe SA (now Pure Fishing), and Freetime Group France. From 1997 to 2007 he was the chairman of Rapala France SAS, which includes the Ragot, Water queen, Normark-Nautisme and Guigo Marine Shop companies.

He will assume his new role as Chief Executive on October 1st and brings more than 30 yearsâ€™ fishing tackle trade experience to this role.

EFTTA agreed the appointment at its April board meeting, with President Gregg Holloway, saying: “I am delighted that we have been able to recruit someone of the calibre of Jean-Claude to lead the organisation on a full-time professional basis.

“The time is right for EFTTA to have a full-time CEO at the helm to develop a proactive, positive strategy that will give members of the tackle trade the very best support and resources going forwards.

â€œWhen I became President of EFTTA last year I wanted to strengthen the organisation, improve communication, raise our profile and make us more effective.

â€œWe have taken big steps to achieving those goals â€“ and the appointment of a full-time CEO was something I was very passionate about.â€

At the Board meeting, Gregg Holloway resigned from his post of President and stepped down from the EFTTA Board for personal reasons, unrelated to Jean-Claudeâ€™s appointment.

Gregg said: “I am sad to be stepping out of the day to day involvement in the running of EFTTA, an organisation very close to my heart. But circumstances mean I am currently unable to devote enough time to the role of President.

“Iâ€™m very proud of what I achieved as President in a short time and I wish Jean- Claude every success. I am certain he will lead EFTTA to even bigger and better things and I am delighted to have played a key role in the success and development of EFTTA and EFTTEX.”

During Greggâ€™s 10 months as President, he helped to influence many EFTTA improvements.  These included employing the services of a professional marketing agency, improving the associationsâ€™ communication by turning its monthly Newsline newsletter into a fortnightly email, strengthening relationships and reciprocal agreements with associations in countries such as Australia, Canada and America, supporting the launch of a new trade magazine and doubling the amount of live news content posted to www.eftta.com.

Pierangelo Zanetta, Managing Director of Shimanoâ€™s Fishing Division for Europe-Africa and the Middle East, has assumed the role of acting president.  Pierangeloâ€™s responsibilities will continue until the EFTTA Annual General Assembly Meeting on Friday 13th June at the EFTTEX show, where the EFTTA Board will announce the permanent new president. 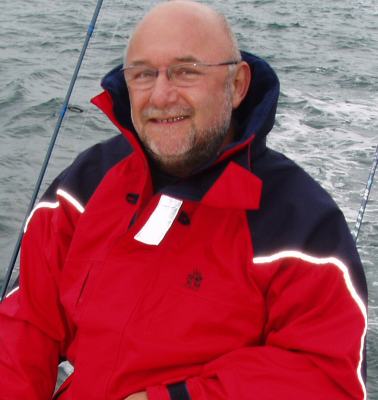