Lowrance, a world-leader in marine electronics
innovation, has raised the bar in fish-finding technology with the
introduction of its next-generation SONAR, the Broadband
Sounder-1.
Based on the high-speed, Lowrance
Ethernet network, the new Broadband Sounder-1 delivers unprecedented
echo clarity and the highest underwater definition ever achieved. The
module digitally enhances and separates fish, structures, thermoclines
and the bottom composition, while eliminating surface and turbulent
water clutter to better mark targets.

â€œWhen you
see what Lowrance Broadband Sounder technology can do, you wonâ€™t
believe your eyes,â€ said Gordon Sprouse, Director of Marketing at
Lowrance. â€œFrom shallow-water conditions to extreme ocean depths, the
results are quite amazing.â€

An advanced
plug-and-play Ethernet module, the Broadband Sounder-1 sits between the
transducer and the display. When fitted in conjunction with the Navico
Expansion Port-1 network switch the unit can be shared by up to four
compatible Lowrance display devices (including 2007 GlobalMap units),
via the Lowrance Ethernet network. 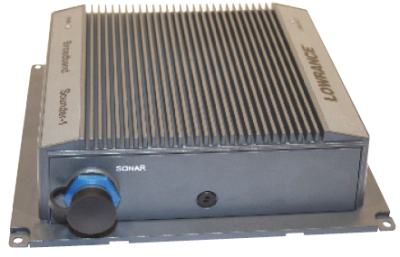