During a recent fishing trip on ‘Onyer Marks Too’ near Lochgilphed on the west coast of Scotland, a LYNX Conger Rig (made using Precision Compression Technology) was, unintentionally, tested to the absolute limit.

Skipper Matthew Burrett and keen angler Dave Robertson were targeting big Common Skate. While doing this, as they had heard rumours of a few tope still in the vicinity, they decided to fish a lighter rig and set up for a potential hook up with a tope.

The ‘Tope’ rod was the first to get a bite and, after a 40 minute battle, Dave landed a skate of 163lbs. The catch was independently witnessed by a Scottish Government marine scientists. They were present in the area conducting research into the migratory movements of Common Skate.

In David’s own words, “The LYNX Conger trace with a 70lb monofilament trace and a 6/0 hook safely hauled up and landed a 163lb skate from over 400 feet of water – which was a very convincing (albeit unintentional) demonstration of the strength and reliability of these rigs.”

The following day, the same tactics were employed as the day before. Skate rigs were dropped to target skate and a ‘Tope’ rod was also deployed again in exactly the same manner.

The ‘Tope’ rod was the first to set away again. Following a one-hour battle on the ‘Tope’ rod, a 193lb skate was landed by Dave Robertson, on the same LYNX rig. Skipper, Matthew Burrett commented, “As you would expect, during the fight with the skate, the 50lb class boat rods were completely maxed out. An unbelievable amount of pressure needs to be exerted on the fish to get it off the bottom. Fish of this size are completely brutal on tackle.”

Matthew went on to add, “These new LYNX rigs are incredibly strong! This can only be a benefit, too, as it will reduce fish lost by equipment failure, which often happens even with well known brands.

“I really like the neatness of Precision Compression Technology. The finish and the bait presentation is massively improved due to the neat, revolutionary joining process. The neat design also means there are no sharp edges. This means reduced cuts to my hands, which I often get as a fish struggles at the side of the boat.

“Ultimately, the reliability of them has now been proven beyond doubt. Landing a 163lb, and then a 193lb, skate in two days (as well as other fish) on the same 70lb rig is proof enough for anyone. These do exactly what it says on the tin.” 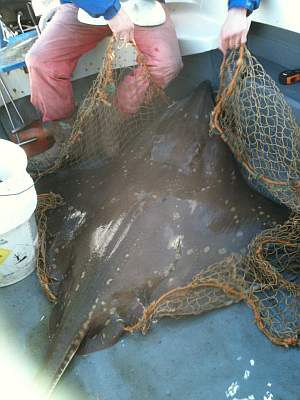 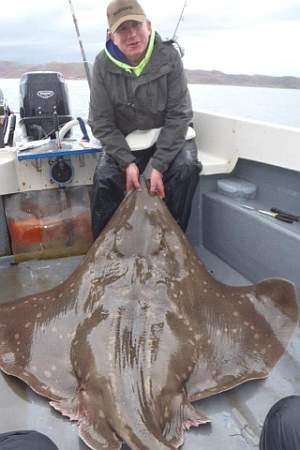