The Tyne Rivers Trust has announced the appointment of one the UK’s most prominent scientific authorities on river behaviour in a newly-created position of Trust Director.

Malcolm Newson, currently Professor of Physical Geography at the University of Newcastle Upon Tyne is to join The Trust in August, 2008.

He is widely regarded as one of the most experienced and knowledgeable experts of river life and its relationships with the land in the UK. He has had more than 160 articles published and has written seven books on subjects ranging from land use planning around rivers to hydrology, river conservation and geomorphology. His latest book is due out in September and looks at river catchment management systems in both developing and developed countries, stressing the vital significance of community-based inputs to sustainable policies. His experience restoring rivers and driving catchment management in England and Wales mean he is an ideal person to lead the Trust forward into delivering practical improvements.

Malcolm’s first action will be to deliver a groundbreaking Aerial Survey of the Catchment, mapping habitats and river sediments throughout the Tyne for the first time. Malcolm seen here investigating the river bed habitat of the South Tyne as part of the Trust’s research venture to survey the entire river and catchment fisheries resource from the air and ground in collaboration with APEM.

Malcolm stated: “As an original member of the Trust since 2005, I’m deeply honoured that I was even considered for the position. This is a tremendous responsibility and I very much trust pharmacy online, buy drugs online no prescription buy prednisone no prescription no prescreiption prednisone Canada Pharmacy Online No Prescription, prednisone order online no prescription Best Online Drugstore look forward to working closely with all the relevant groups and individuals to ensure the ongoing sustainability of this great river.

“It may be a biased opinion, but I believe the Tyne is the most fascinating river in the UK. For someone in my field, it’s such a privilege to live and work somewhere who’s very title – Newcastle-upon-Tyne – is so closely linked to river life.
“I have some very clear goals and aims that I will soon outline that I believe will help ensure its ongoing sustainability. I cannot wait to get started.”

The 62-year-old is originally from Ipswich in Suffolk, but admitted he fell in love with the North East when he joined the University in 1986.

Andrew Davison, Trust chairman, is delighted with the new appointment.He said: “When we launched the Trust three years ago, I don’t believe any of us ever envisaged that we would be attracting talent of Malcolm’s level to a position of Trust Director.

“It is testament to the team at Tyne Rivers Trust, and the support of so many in the region who want a sustainable future for the Tyne River, that we now have Malcolm in place to take the Trust to a new level of involvement that will ensure future generations can enjoy the very best of the Tyne.”

Malcolm has served the National Rivers Authority and the Environment Agency on a number of regional and local committees and advisory panels. Much of his more recent work has centred around the much-vaunted EU Water Framework Directive which is already directing much of the river management work in the member states towards ‘Good Ecological Status’. He believes the work of the Trust on the Tyne will be essential in helping the Environment Agency, the Region and the UK reach the legal requirement for its rivers by 2015.

In September 2006 the Trust launched its Strategic Action Plan for the Tyne Catchment and an ambitious £2.6m fundraising campaign. Huge inroads had already been made into this figure when the Tyne Wear Passenger Transport Authority donated £250,000 in January this year bringing the total raised to date of £750,000.

The Trust aims to complement the work of statutory and other bodies and its aims parallel those of river trusts set up over the past decade to carry out similar projects on other major rivers around the UK.

The position of Director has arisen following the departure of Tyne Rivers Trust Project Manager, Archie Ruggles-Brise, who will still have some involvement in his new role as manager at the Association of Rivers Trusts in the South East. 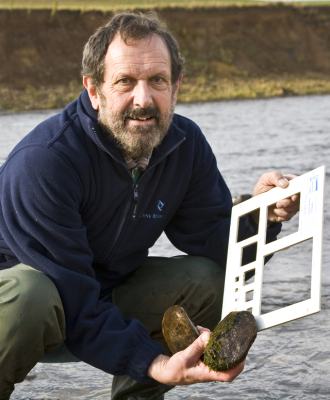