The Centre for Environment, Fisheries & Aquaculture Science’s (Cefas’) Chief Scientist, Dr Mike Waldock, has assumed the role of Interim Chief Executive with the departure of Richard Judge, who was at the helm since February 2007.

The baton was officially handed over this week after Richard Judge took up the post of Chief Executive at the Insolvency Service, an agency within the Department of Business, Innovation and Skills network.

Mike Waldock has worked at Cefas since 1980 and has held a wide variety of scientific and management roles. His science background is in the study of environmental pollution and he retains an interest in this discipline. His senior management role began when he joined the Cefas Management Board as Science Director in 2000. This role was expanded over time to oversight of all aspects of science operations within Cefas. He became Cefas’ Chief Scientist in July 2010. 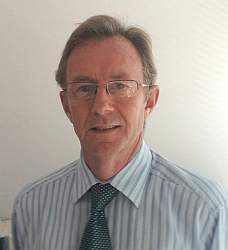 “I am thrilled to have the chance to take on this role. Cefas is a brilliant place to work,” says Dr Waldock.

Often, when there’s a change of senior management a new direction is anticipated. Dr Waldock insists, however, that there will be little obvious change in the short term.

“There will be important things to tackle in the next few months, including how we work even more closely with other Defra agencies and addressing the recommendations from our recent independent Science Review.

“In addition, we will continue to build on our professionalism and best practice to realise our strategic goals and business plan.”

An announcement about a permanent appointment is not expected for some months, after a process of open competition has been concluded.

In the interim period Dr Waldock will be ably supported by the rest of Cefas’ Senior Management Team and the agency’s non-Executive Board members.