Sea dogs across Europe are being urged to share stories of strange happenings on the ocean wave.

Cash rewards for fishermenâ€™s tales are being offered by sixteen Sea Life centres in eight countries, but fanciful yarns of mermaids and monstrous kraken will not be in contention.

â€œWeâ€™re after true-life tales of real events and may seek witness testimony or some other corroboration before making any award,â€ said organiser Mark Oakley of Sea Lifeâ€™s UK headquarters in Poole, Dorset.

â€œFishermen are renowned for their anecdotes, but they are seldom heard outside fishing fraternity circles, and we felt we should make an attempt to get them properly recorded.

â€œWe ran a similar appeal from just a handful of UK Sea Life centres in the early 90s and it generated some amazing stories,â€ he added.

â€œOne of the best back then was a fishermanâ€™s account of an exhausted migrant peregrine falcon lost in a fog-bound North Sea.

â€œIt spotted our fishermanâ€™s white vest and in desperation, used his chest as a perch, knocking him to the deck in the process.â€ 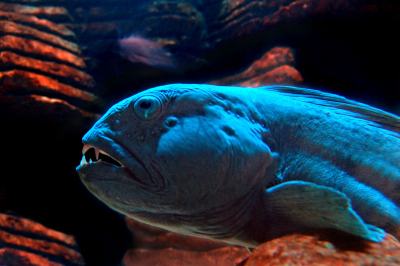 Other accounts included one of an encounter with a large stag swimming far out at sea, and one grisly tale of an angry wolf-fish biting right through a thick Wellington boot and almost removing a big toe.

Now that there are also Sea Life centres in Finland, Germany, Holland, Belgium, France, Spain and Ireland, Mark and his colleagues saw an opportunity to collect modern-day sea stories from across the continent.

â€œWeâ€™re hoping for a good response from professional sea fishermen in particular, as these are the guys who spend half their lives out at sea and are most likely to have good stories to tell,â€ he said.

â€œBut sea anglers and any other regular seafarers can also enter, and all 16 centres are putting up a cash prize plus free Sea Life tickets for a dozen runners-up.â€

There are plans to publish the best stories on the Sea Life website, and possibly to produce a book if there are sufficient entries of a good enough quality.

â€œStories can be about anything,â€ said Mark. â€œThe only stipulation is that they are factual and they concern happenings on the open sea.â€

Entries can be as long or as brief as story-tellers want them to be, and should be sent either to the nearest Sea Life Centre, or e-mailed to mark.oakley@merlinentertainments.biz.

â€œWeâ€™re keeping the contest open until the end of March, but we thought it would be good to launch it now while so many fishermen are land-bound by winter weather,â€ said Mark.

The prizes are â‚¬300 at all bar the UK Centres, which are offering Â£150 plus the chance to pick up a bonus Â£500 for the best overall entry.