Clive Dunkling of Nayland Fishing Club in Kent arrived at the London Boat Show on Saturday 6th January as the winner of the Suzuki National Fishing League 2006. His prize, worth over Â£17,500 included a Warrior Pro Angler, a Suzuki 70HP, Indespendsion trailer and Navman Electronics package donated by Plastimo.

The Suzuki-sponsored National Boat Fishing League is a club-based event with the final being held off of St Peters Port, Guernsey. This year’s competition attracted over 2000 anglers competing from 35 clubs across England, and with Suzuki donating Â£25 for every club that joined the league; Suzuki raised Â£875 for the NFSA.

Clive Dunkling who has been fishing for over 44 yrs, started at the tender age of 6, throughout this period he has won many beach and boat fishing competitions but has never picked-up such a glorious first prize. “Its brilliant, I can’t believe what I have won, my old boat is going to be sold straight away and I cannot wait to get the new Pro Angler and Suzuki Outboard in the water,” commented Clive. “About a third of our club members have got Suzuki outboards and its reliability on the water is what has impressed them so much”.

Clive’s appearance in the final started slowly as he found himself 11 points behind after the first quarter. He did however start to pick up the pace and by the third quarter he was 15 points ahead. Clive eventually finished the competition 11 points ahead of his nearest competitor and caught an amazing 31 fish. 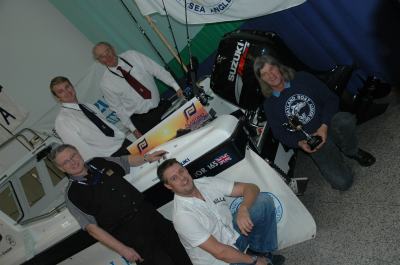