Thousands of outdoor enthusiasts are heading for countries
where a deadly tick disease exists but are unaware of the dangers,
according to a survey.

Research by Tick Alert reveals that 50 per cent of adventure
holidaymakers plan to visit at least one destination in 2007 where Tick
Borne Encephalitis (TBE) is endemic. But while 78 per cent had heard of
the disease only 1 in 5 sought protection on previous travels and
two-thirds didnâ€™t know they need to take precautions.

The worldâ€™s experts on TBE warn that more outdoor enthusiasts are
at risk than ever when travelling in Europe this summer. 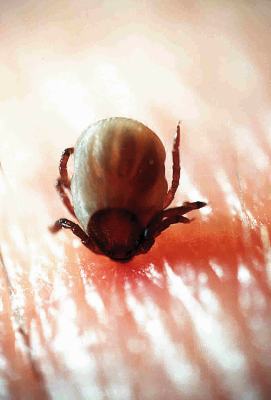 Leading scientists have
confirmed the disease, which can lead to meningitis and in serious
cases result in paralysis and death, is now endemic in 27 countries
across mainland Europe, an increase of 11 on 2006.

Ticks carrying the disease are found in many
destinations growing in popularity such as Croatia, the Czech Republic
and Slovenia and have now spread to parts of established holiday spots
such as Italy, Greece and France.

The chances of
being bitten are greater as global warming increases the number of
ticks in the countryside. It is estimated that there are over 10,000
cases of TBE each year in endemic countries.

Professor Michael Kunze, of the Medical University Vienna, Austria
and a leading expert in the prevention of TBE, said: â€œEvery contact
with grass or bushes in these countries is potentially dangerous.

â€œTravellers from non-endemic countries such as the UK
are hardly aware at all of the potential risks of TBE when journeying
into an endemic country.â€

TBE-infected ticks are
found typically in rural and forest areas from late spring and
throughout summer. At-risk groups include all visitors to rural areas
of endemic countries, particularly those participating in outdoor
activities such as trekking, hiking, climbing, cycling and camping. 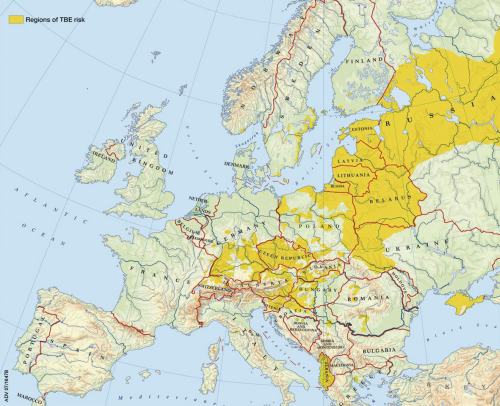