Readers may already be familiar with Ron Young’s previous books about shipwrecks. At the time he was pleasantly surprised when many people, other than divers or fishermen, contacted him in the hope of discovering details about losses of family and friends who had sailed on these ships. He never forgot those queries and made a point of collecting records from various sources, acquiring lists of all the crewmen in the Merchant and Royal Navy who were lost, particularly during the Great War. This information is reflected in his new book, The Ultimate Shipwreck Guide, available in early December, 2009. 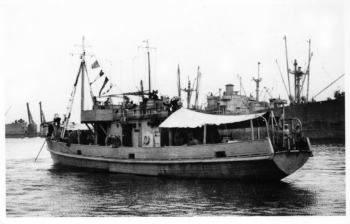 Admiralty Motor Mine Sweeper 34, sister-ship to the 226-ton wooden-hulled Mine-Sweeper 180, which sank off the Tyne on February 13th 1942 after being rammed in convoy, just two weeks after completion. (Author’s collection & World Ship Society)

With divers now being able to reach previously undreamed-of depths, those large and untouched wrecks teeming with marine life are now within reach. From almost 300 wrecks featured in his book, 22 wrecks are located in an area known ominously as ‘The Graveyard’, about 30 miles off the River Tyne. Amongst them is the intact wreck of HMS Cupar, a 71-ton minesweeper sunk in 1919 and the British steamer Runo destroyed in 1914 while carrying over 200 Russian reservist troops to Canada. Many wrecks are located there because of the huge minefield laid by the German warships SMS Albatross and SMS Stuttgart on 26th August 1914 resulting in many losses. Ron says that in this area there are also dozens of almost certainly virgin wrecks, just waiting to be explored! 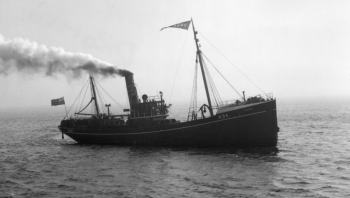 The 380- ton steam trawler Dromio as Hull trawler H.94, underway from Hull to the fishing grounds during the early 1930s. She was built by Cook, Welton & Gemmell at Beverley in 1929 for Hull Northern Fishing Co., Ltd., but was requisitioned in 1939 and sunk on December 22nd 1939 following a collision off Whitby with an Italian steamer. (Author’s collection & World Ship Society). 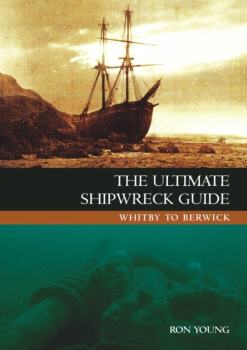