Angling Times is this week calling on its army of readers to be help save sharks from the cruel and unsustainable practice of shark finning. Following Channel 4s screening of Gordon Ramsay’s Shark Bait programme – a shock documentary that was part of the national Fish Fight campaign – we’re calling on the nation’s anglers to help stop the mindless slaughter of the shark populations around the world.

To make YOUR mark simply take it to your local Chinese restaurant, and ask them to join the campaign by refusing to use shark fin until the industry is better regulated.

Every poster displayed in the shop window – whether that shop currently uses shark or not – will help spread the message and show we are a nation united behind change. Trust patron Gordon Ramsay said: “It’s a simple equation. There are shark species that have declined by 90 per cent in ten years and if we don’t start to make a difference now they may not be around by the end of the century. No bowl of soup is worth that. Leave them alone and respect their beauty.”

PLUS, if you send us a picture of your poster, you can win a prize! 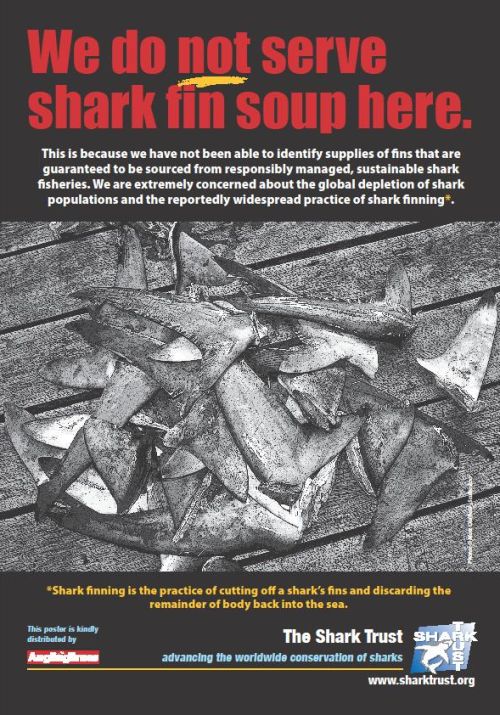