The record breaking European Open Beach Championship, Europe’s largest beach angling festival, is well on course to smash yet more milestones with the confirmation of the historic £35,000 prize fund which has seen a huge surge in entries for this year’s 20th anniversary competition.

Bookings are flooding in for beach angling’s premier event, which will see over 1000 competitors descend on the East Yorkshire coast in March to battle for the crown of European Champion and drive away with a brand new Peugeot 107.

A massive marketing and promotional campaign has continued throughout the UK and throughout Europe which has already resulted in overseas entrants from Ireland, Belgium, Netherlands, Germany and Poland as well as across the UK.

Anglers from a dozen countries are expected in the East Riding to compete in the hugely popular weekend which continues to buck the National trend and attract ever increasing numbers of new faces despite the continued economic conditions. 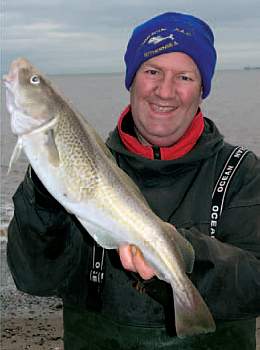 The Beach Fishing extravaganza, which is organised by East Yorkshire Events in association with Total SeaFishing Magazine, is an enormous economic boost for the whole coastal area. Local businesses will benefit from over £1/2 Million which is spent within the East Yorkshire region in what is normally a very quiet time of the year.

Kieran Lawry from East Yorkshire Events said,
“We are really excited for this year’s 20th anniversary event and the celebrations will be fantastic. Not only have we increased the prize fund but the change to a new bigger venue at Sand-Le-Mere Holiday Village gives us a great opportunity to continue the growth and development of the event.

The response so far has been unbelievable and we have been inundated with enquiries for tickets and accommodation. The Holiday Park accommodation sold out in just over a week and that is all down to the buzz that this year’s event has generated. We can’t wait to welcome such large number of first time visitors as well as our old friends to the area and showcase what a fantastic place East Yorkshire is.

The big increase in interest from across Europe is a fantastic reward for all the time, hard work and effort spent promoting the event on the continent.

The championship is a massive boost for the area’s economy in a traditionally quiet period and continues our commitment of delivering World class events in the East Riding of Yorkshire.”

The weekend starts on Friday 8th March, 2013, with the eagerly anticipated EOBC Flattie Bash held on Hornsea North Beach and is the ideal preparation for the weekend’s main competition held on Saturday 9th and Sunday 10th March.

Although this Festival of Beach Fishing now attracts the cream of European shore angling it remains true to its original values of offering a fun and enjoyable event for all the family that is open and accessible to all.

With separate sections dedicated to junior girls and boys as well as senior women’s and men’s competitions, the fully inclusive nature of the event really makes it stand out.

They will all be aiming to emulate last year’s overall winner and local man Stuart Voase from Withernwick who walked away with £4000 and the crown of European Champion.

Tickets are available for the competition and can be purchased at www.eyevents.co.uk/events/open

or by cheque/postal order to;

You can download a flyer and handbook for the event, free of charge, by CLICKING HERE.