A wide range of affordable water craft and marine electronics made for a busy stand for Johnson Outdoors UK at this year’s PSP Southampton Boat Show. “People came specifically looking for us and they were there to buy,” commented Andrew Dron of Johnson Outdoors UK. “Our range of sit-on-top kayaks always does particularly well at Southampton. We also had a great deal of interest in the new products such as the Nalu paddleboard and the Torque Angler powered kayak.” 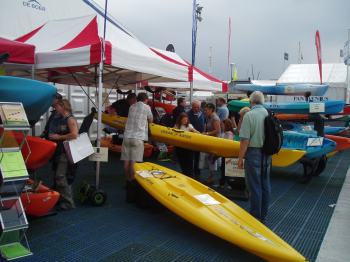 The popularity of kayak fishing has seen tremendous growth in recent years. Visitors to the stand had the chance to meet members of the Ocean Kayak Fishing Team and experts from AnglersAfloat who were able to swap tips with experienced anglers and advise those new to the sport how to get afloat. The family canoes and recreational and touring kayaks were also a major attraction.

“In addition to the water craft there was tremendous interest in the side imaging sonar and products from Geonav in the marine electronics section,” added Andrew. Visitors commented on the fact that they had seen the exclusive Humminbird side imaging sonar from Johnson Outdoors UK featured on the BBC’s Countryfile programme. This was broadcast at 7pm on the Sunday of the first weekend of the Show. The programme showed marine archaeological research taking place in the Western Solent and highlighted the ability of side imaging sonar to show picture like images of wide areas of the seabed which makes it ideally suited to this type of work.

Andrew commented that the pre-Show publicity generated by National Boat Shows had a significant impact in holding up visitor numbers and he commented on the fact that the new layout worked well generating a consistent flow of visitors throughout each day. He concluded: “Despite the economic forecasts we are pleased to say we have had a very strong season this year and an equally successful Show.” 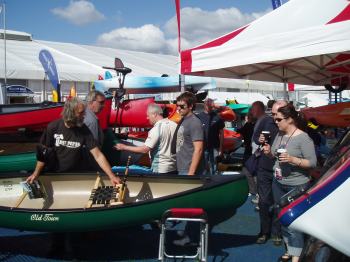