The cuts could see a drastic reduction in the resources available to provide effective fisheries conservation measures and the enforcement of restrictions on illegal fishing activity, putting the £640 million sea angling industry at risk together with the 19,000 jobs that it creates*. Healthy inshore fish stocks are vital for the industry and the many businesses which are supported by sea anglers.

The Angling Trust, representing the estimated one 1 million sea anglers in England, has written to the Communities and Local Government Secretary, Eric Pickles, raising anglers’ concerns that sea angling could suffer as a result of the recently announced cuts and calling on him to ensure that the funding arrangements for IFCAs ensure that they are able to carry out all their functions. 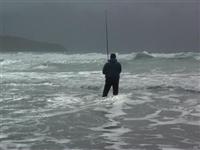 Only £3 million of ‘new burden’ funding has been allocated to alleviate the costs of the extra duties – such as conservation – that will be taken on by IFCAs when they replace the local Sea Fisheries Committees. The initial estimate of new burden funding needed for IFCAs was over £7 million and it had been expected that £5 million would be made available. In addition to the lack of funding, the Government’s localism agenda and the Public Spending Review means that the £3 million available is unable to be ring-fenced and can effectively be used for any service a local authority chooses. Even if the funding is passed on to IFCAs sea anglers fear it will be insufficient for the new authorities to deliver their functions in full.

The Angling Trust has alerted Mr Pickles to the fact that the annual spend of recreational sea anglers in England and Wales is approximately £640million and that the income the sector generates for local coastal communities could increase significantly if fish stocks were allowed to recover through conservation measures and effective enforcement of regulations.

David Mitchell, the Angling Trust’s Marine Environmental Campaigns Manager said, “The conservation functions of IFCAs offer an opportunity for local fisheries management measures to benefit recreational sea angling and the wider public interest. This can only be achieved if the Discount Drug Store, World Pharmacy best place for generic viagra https://rifleman.org.uk/dev/blog/index.php?=viagra-without-prescriptions The Generic Pharmacy Philippines, buy viagra new zealand canadian online pharmacies that do not require a prescription IFCAs have the funds to pay for these to be enforced. Cuts to funding and pressure on local authorities to provide other services will only benefit those with commercial fishing interests who see conservation measures as unnecessary and over restrictive — this is unacceptable for England’s sea anglers and the 19,000 people whose jobs depend on the industry. We have asked the Communities and Local Government Secretary to ensure that funding arrangements to local authorities allow for IFCAs to carry out conservation and enforcement measures that will benefit sea angling and the marine environment as a whole”.

Shadow IFCAs have already been established and will take over full responsibilities from the Sea Fisheries Committees in April 2011.