Lowrance, a world-leading brand in marine electronics for over fifty years, is pleased to announce the launch of the Mark-4 greyscale and Elite-4 colour series – its new line-up of compact, dual frequency fishfinders with DownScan Imaging™ (DSI) and fishfinder/chartplotter options. The new models feature an incredibly bright LED-backlit, 3.5-inch display that provides exceptional visibility at wider viewing angles, as well as readability in all weather conditions, including direct sunlight.

Easy to use and install, the new compact line-up is feature-packed for convenient performance at affordable prices. Both Mark-4 and Elite-4 models feature award-winning Lowrance sonar with exclusive TrackBack™ functionality, allowing anglers to review up to 14 previous screens of sonar history. On chartplotter models, boaters can also save a waypoint, using baitfish, game fish or structure as a reference on the sonar history. 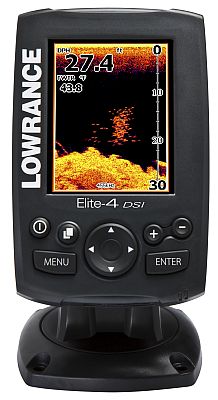 “The Lowrance Mark-4 and Elite-4 clearly prove that customers don’t have to compromise features or performance when shopping for a new fishfinder at a lower price,” said Greg Konig, Product Line Director, Lowrance EMEA. “We designed the new series to exceed customer expectations while providing great value and even greater performance.”

The Elite-4x, Elite-4 and Mark-4 non-DSI fishfinder models feature the Lowrance dual-frequency, transommount 83/200 KHz Skimmer® transducer with up to 120 degrees of fish-finding coverage, Advanced Signal Processing and accurate water-temperature readings. The units reach depths up to 1,000 feet, and utilise proven greyscale/colour display technologies that help distinguish bottom hardness, as well as identifying game fish that are on or near the bottom.

The rugged, low profile, dual-frequency DSI Skimmer transom mount transducer with built-in temperature sensor operates at 455 kHz for wider and deeper coverage. It also functions at 800 kHz for more concentrated scans with greater target separation in shallower conditions. DSI models are equipped with the Lowrance TrackBack™ functionality that allows anglers to position the cursor anywhere on the display and rewind sonar history to determine the depth of a marked object — such as suspended baitfish or a thermocline.

Featuring a high quality built-in GPS antenna, boaters are given maximum flexibility to use their choice of charts, thanks to a waterproof microSD memory-card slot for compatibility with cartography options including Navionics® Gold, HotMaps® Premium and Fishing Hot Spots®. In addition, owners can store up to 3,000 waypoints, 100 routes with 100 waypoints per route, 100 retraceable plot trails and up to 10,000 points per trail.

Simple to install, the slim case design of the compact units can be flush-mounted or bracket-mounted for tilt swivel operation, and feature a quick-release latch for convenient removal and remounting.

The backlit, enhanced keypad provides fast one handed control of the systems’ easy use menus. All models feature a uniplug cable system with watertight seals for longer, trouble-free connections in all marine environments. Fully waterproof to the IPx7 standard, the new Lowrance Elite-4 and Mark-4 series is protected by a one-year limited warranty.

To locate an authorised Lowrance dealer near you, or learn more about the Lowrance Mark-4 and Elite-4 series, or the entire Lowrance line of marine electronics, please visit www.lowrance.com. 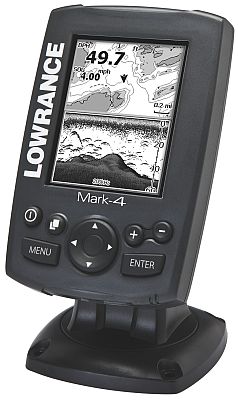