Preliminary figures* for June, July and August 2006 issued today (Tuesday 26 September) reveal RNLI lifeboats launched a total of 3,830 times, making it the most demanding summer season on record for the volunteer lifeboat crews. The figures illustrate a continuing upward trend in lifeboat rescues and the increasing demand on the charityâ€™s resources.

The busiest RNLI lifeboat station this summer was Tower Pier (River Thames), with a total of 109 launches. The busiest RNLI stations on the coast were Rhyl (Denbighshire) with 78 launches, Poole (Dorset) with 74 launches, and Southend-on-Sea (Essex) with 73 launches.

The 2006 figure represents a 4% increase on the previous busiest summer (2005) for the Royal National Lifeboat Institution when volunteers launched 3,676 times to help adults and children in trouble.

The latest statistics also reveal that 70% of these launches were performed by RNLIâ€™s fast and rapid response inshore lifeboats, reflecting the fact that more people than ever before are using the sea for leisure pursuits such as sailing, kite surfing, jet skiing, kayaking, angling, surfing, diving and coast-steering. 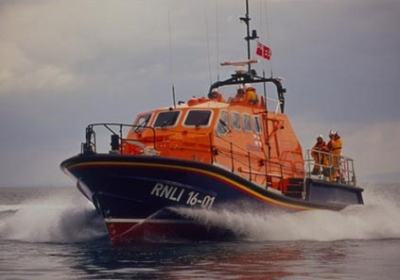 â€˜Our volunteer crews are still being called out to the typical types of summer holiday rescues of children swept out to sea on inflatables or people cut off by the tide, indeed our busiest coastal stations are located in the traditional busy seaside resorts. However, our crews also appear to be helping people who, more and more, are using the sea as a recreational environment.

â€˜Together, a greater range of water-based activities and hobbies, access to relatively cheap or pre-owned equipment, and what seems to be year-round improved weather patterns mean that more people are now using the sea for leisure. While the majority enjoy their watersports without getting into trouble, some do end up needing the help of the RNLIâ€™s lifeboat volunteers.

â€˜As a charity, the RNLI relies on the support and generosity of the public to fund our lifeboat service. But still people may be surprised that inshore lifeboats, the summer workhorses of the RNLI, cost up to Â£125,000, that protective clothing costs over Â£1,000 per inshore crew member and that training amounts to more than Â£1,000 a year per inshore volunteer.

â€˜I would urge anyone who spends time in or near the sea, or visits the seaside for trips and holidays, to consider making even a small donation to help the charity provide its volunteer crews with the very best training and equipment and kit, ensuring they can carry on saving lives as safely and effectively as possible.â€™

â€˜These days the RNLIâ€™s safety net involves not just lifeboats and volunteer crews, but RNLI lifeguards, sea and beach safety specialists and educationalists. Many participate in the ever-widening range of watersports and want to share the body of safety knowledge the RNLI has built-up to reduce the increasing trend of lifeboat launches.

â€˜We would encourage novices and experienced watersport enthusiasts alike to contact the RNLIâ€™s sea safety team for the most up-to-date advice and guidance on staying safe â€“ either by ringing us on 0800 328 0600, emailing [email protected] or visiting www.rnli.org.ukâ€™